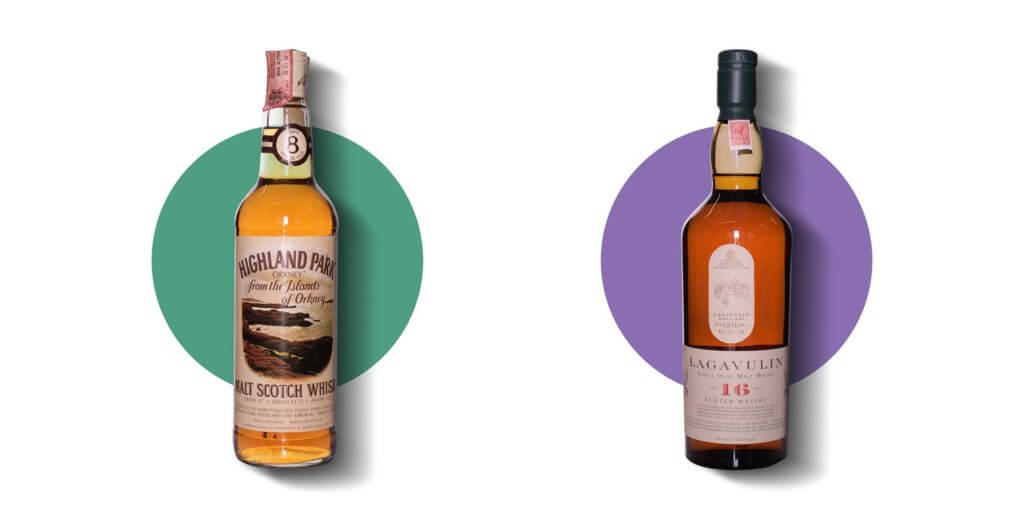 On the 1st July 2020 CBTD REF NO. 23 & 24 will be released. This marks a milestone for us as it is the last pair of bottles released from the first round of rare and collectable bottles that we opened instead of selling on. And, as we are still here, it also confirms that we were not quite as crazy as we feared we might be when we decided to start opening these ‘collectors’ bottles’.

CBTD NO.23 & NO.24 were also firsts at the time of their selective releases; the Highland Park as the first single malt from the now internationally renowned distillery and the Lagavulin as the start of the 16 year old bottling that is still around, and largely still (outwardly at least) the same today today.

The Birth of Highland Park

In 1970 on an island north of the Scottish mainland, something very special happened, Highland Distilleries decide to change the focus of their whisky from exclusively blended malt to single malt. Thus the whisky we know as Highland Park was born and in 1979 the very first Highland Park single malt was released; an 8 year old.

CBTD REF NO.23 is one of the original bottlings of 8-year-old Highland Park whisky from the 1970s. 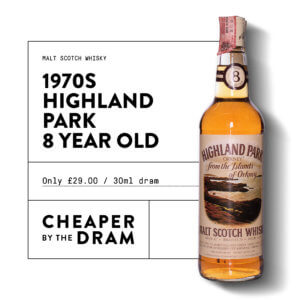 CBTD REF NO.24 is by no means the first single malt Lagavulin released by the distillery. However in 1988 Lagvulin 16 year old became one of 6 whiskies in the now icon Classic Malts of Scotland series. A Lagavulin 16 year old is still available today, and on first glance may seem indiscernible from this bottle. There are a few tells that mark our bottle as one of the ones from the original 1980s release though; the gilt writing and the mention of ‘White Horse Distillers’ being two markers that make it sought after by collectors. 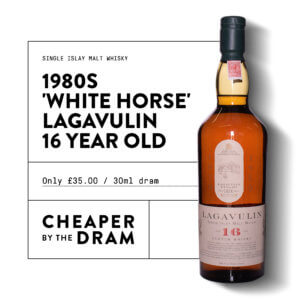 The bottle style may not have changed much but a quick look about and you will see the tasting notes for the Lagavulin 16 year old tell the story of a changing distillery and the evolving taste of a whisky.  This bottle scores highly consistently across tasting platforms, but even at only* £400-£600 for a bottle (maybe we are getting a little blasé about these things when we think only in front of £600 for a single bottle of whisky) it can seem hard to justify opening one for yourself.

Luckily, for you and all the Lagavulin fans out there, we have opened it for you. So all you have to do is enjoy, and if you feel like it, report back.

What Do You Want To Try Next?

The lockdown has pushed us back a bit with our next round of bottling, so for now we have not opened our next selection of bottles. We have bottles lined up, but given that we haven’t actually opened them yet, is there anything that you guys would like to see? Bottles or styles, series or eras that you prefer? After all we do this for you guys to drink and enjoy, so let us know what you would like to see opened.