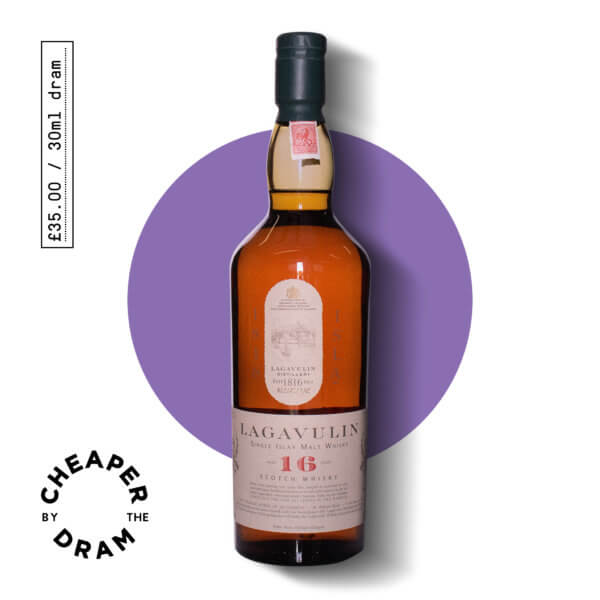 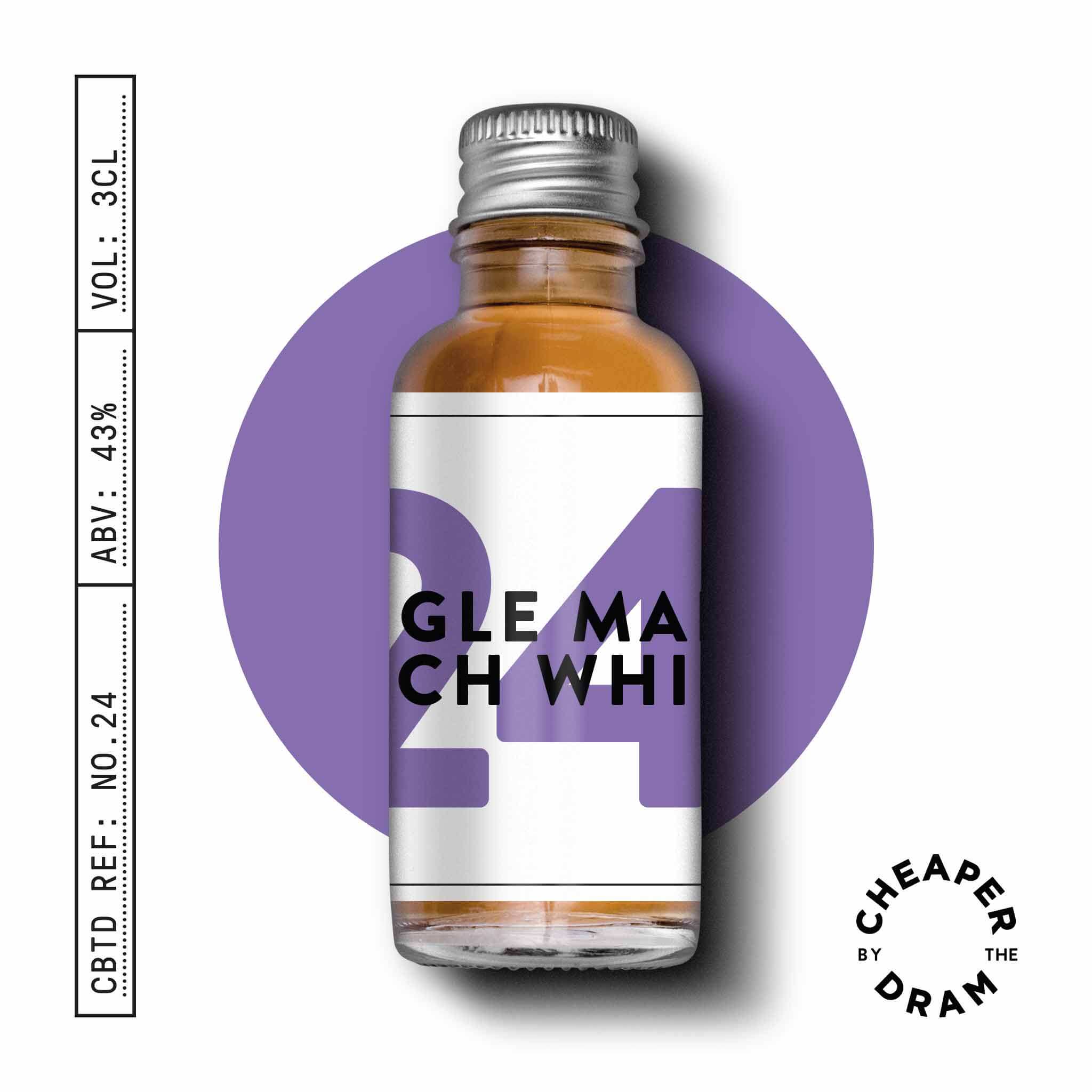 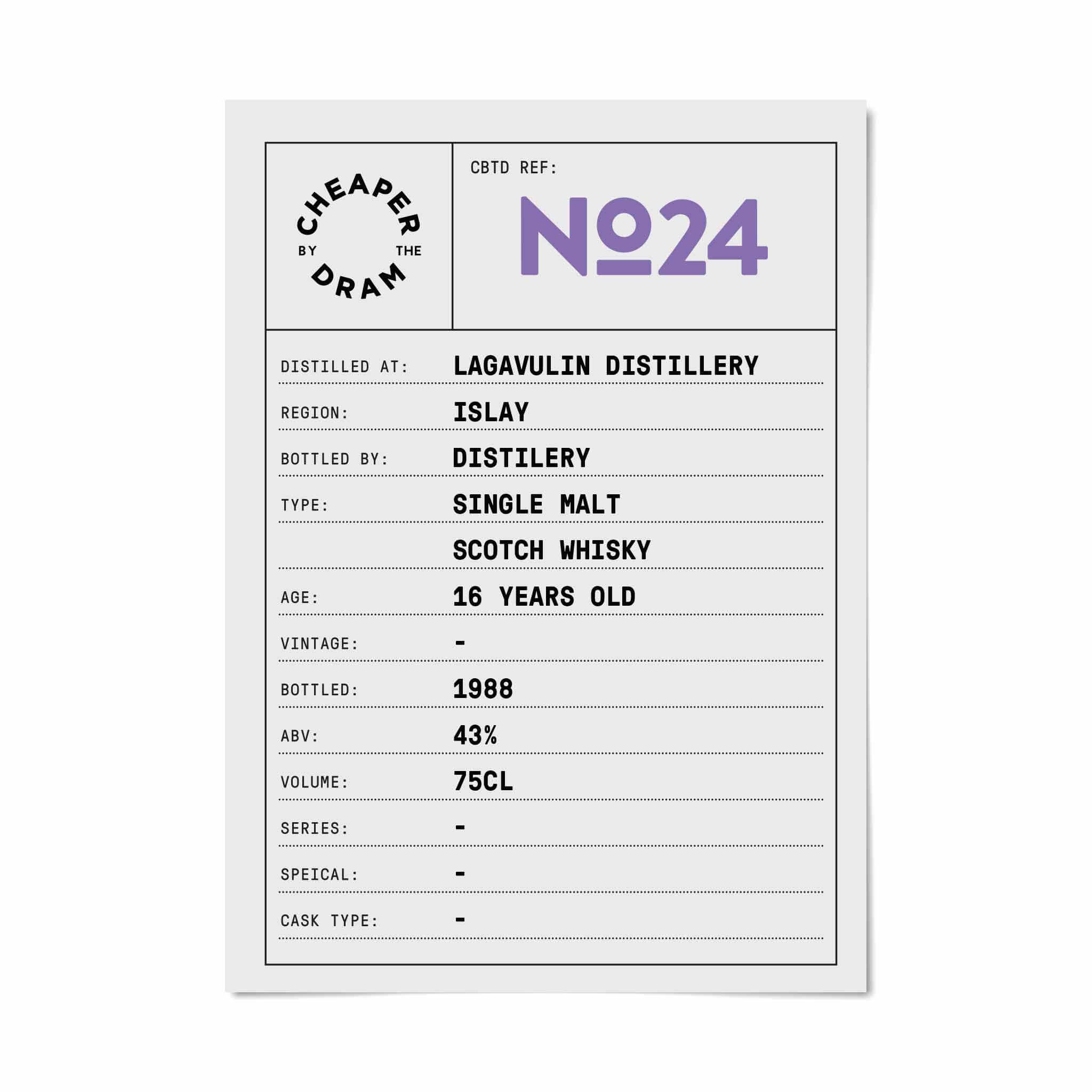 The 16-year-old single malt scotch whisky in dram NO.24 was distilled by Lagavulin Distillery, and bottled by the distillery under the name 'White Horse Distillers Glasgow'

The 16-year-old single malt scotch whisky in dram NO.24 was distilled by Lagavulin Distillery, and bottled by the distillery under the name 'White Horse Distillers Glasgow'

CBTD REF NO.24 is a was distilled at the Lagavulin distillery and bottled by the distillery when the whisky was 16-year-old. This bottle has 'White Horse Distillers' listed on the label and was bottled in 1988.

Located on Islay’s south Kildarton coast, Lagavulin was first licenced to John Johnson in 1816, at a time when the area was a haven for illicit distillers. A year later the Ardmore distillery was constructed by Archibald Campbell on the same site, although Ardmore would only survive for four years before closing after which it was purchased by the Johnson family in 1825, and its production was absorbed into Lagavulin between 1835-37. In 1862, Lagavulin was purchased by John Logan Mackie who was joined by his nephew Peter Mackie in 1978; subsequently in 1889 Peter Mackie would inherit the distillery following the death of his uncle. Peter Mackie would go on to become one of the pre-eminent figures of late 19th century whisky, creating the White Horse blend in 1890 in which the Lagavulin malt known for a complex smoky finish was a main component.

In 1908, following a breakdown of an agreement allowing the use of the Laphroaig distillery’s whisky output in Mackie's blends the short-lived legendary micro distillery Malt Mill (1908-1960) was built at the Lagavulin site. In an effort to identically recreate Laphroaig’s medicinal character Mackie built an exact replica of the distillery, the Malt Mill. The result was a peated whisky unlike either Laphroaig or Lagavulin, and Malt Mill’s output was used as a component in Mackie’s White Horse and Ancient Scotch blends, although by 1962 the Malt Mill stills were transferred into Lagavulin. After Mackie’s death in 1924 the company including Lagavulin was renamed White Horse Distillers Ltd, and subsequently in 1927 would become part of Distillers Company Ltd (later Diageo). Lagavulin’s character is defined by a smoky heart, a complex mix of seashore and moor, pipe smoke, Lapsang Souchong tea and rich dark fruits, aged predominantly in refill casks.