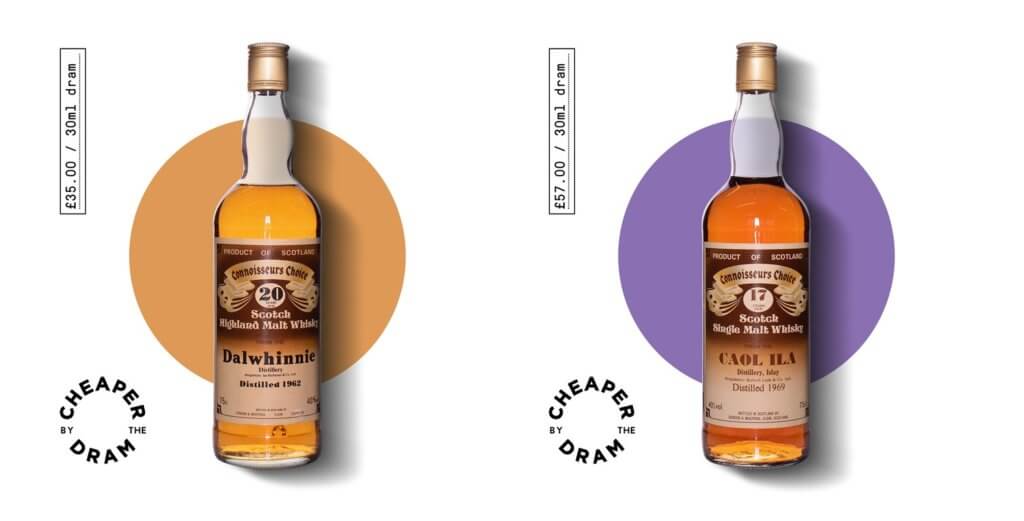 Even by 1980s whisky bottle design standards, whoever suggested a brown label in the 1980s Gordon and Macpahil marketing team should surely have been promptly dismissed. And if that were not bad enough, someone also decided not to use the possessive apostrophe (and then decided to carry on not using it, as it is not used on modern bottles either). Despite all that, the brown label has gone on to become one of the whisky collecting world’s most eye-catching bottles (arguably that’s because clearly no other bottlers thought brown was a good idea) and Connoisseurs Choice remains a sought after independent bottling series by the icons Gordon and Macpahil.

The Brown Label Connoisseurs Choice was used between 1980 and 1988 and as such was used on the bottles of our next two releases.

Once again, we are thrilled to have opened a pair of iconic bottles from a highly collectable series. In fact, the Caol Ila 1969 is such a rare bottle that we could only see 3 sold at auction in the last 11 years. Oops. Probably should have checked that before we opened it…

Only kidding, bringing you the chance to try these rare bottles is what we are all about. If you wanted to you can buy a full bottle of 1969 Caol Ila 14 year old from the whisky vault for £1,500. Our neck level is a little lower, so we’ll plump for matching that as an estimated retail price rather than adding value for the addition 3 years the whisky in our bottle was in the cask. If £1,500 seems a little steep then you know the drill, try a 3cl dram from Cheaper By The Dram. 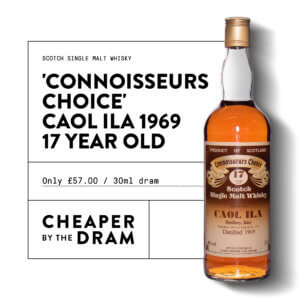 The Dalwhinnie 1962 20 year old is a little more common, and while there hasn’t been one at auction in the last 12 months you could pick up a full bottle for £750 if you were so inclined. Or you could try a 3cl sample of CBTD NO.21 to make sure you like it. 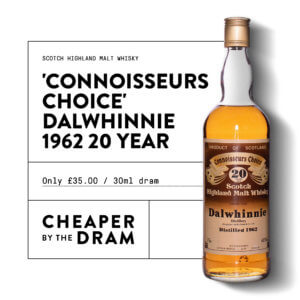 As lockdown continues our aim is to support you by providing interesting rare whiskies delivered straight to your door. We continue to offer free UK shipping on orders over £20. And for now we can still deliver to Europe and our usual states in America.

Also make sure you join our mailing list for early access to these drams before they go on general sale, and keep an eye out for our dram of the week email (which is often discounted).

Stay safe and enjoy your whisky.