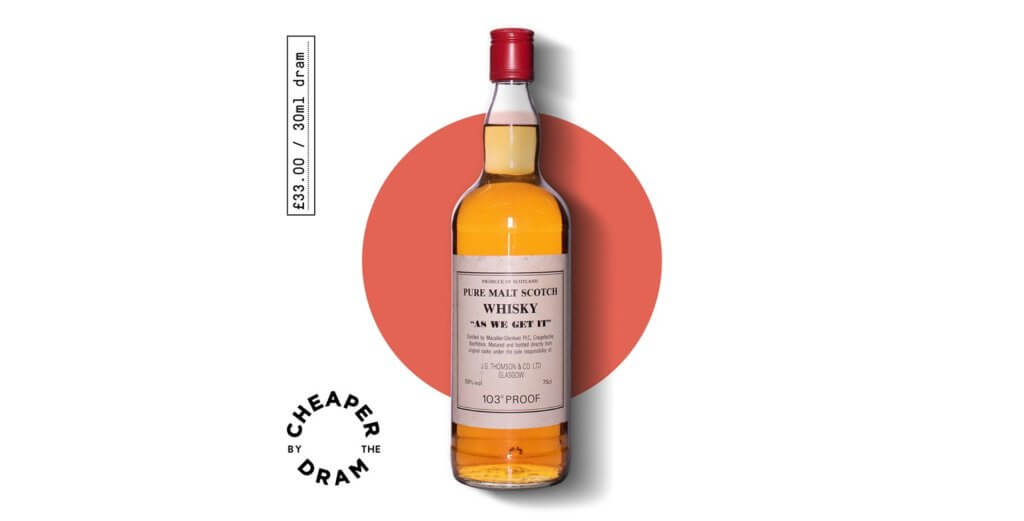 DRAM OF THE WEEK: MACALLAN ‘AS WE GET IT’

This week our featured dram is a highly collectable cask strength Macallan ‘As We Get It’ released by JG Thompson in the 1980s.

And because we’re feeling extra generous, we’ve chucked in 19% off for good measure. 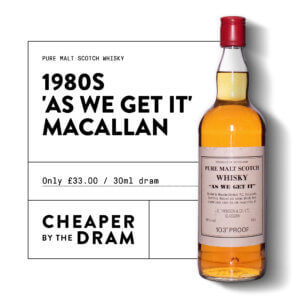 ‘As We Get It’ is a series that has been released by a few different bottlers over the years. They are all bottled from their original cask at cask strength.

Either way, the bottle we used for CBTD NO.03 states that it is a Macallan-Glenlivet. What we don’t get is a distillation year or an age statement. But that doesn’t mean its young and as a 1980s bottling the spirit was probably distilled at Macallan sometime in the 1970s, long before Macallan was the powerhouse brand we know today.

One way to tell this bottle was distilled by early days Macallan the use of Macallan-Glenlivet as the distillery name on the label. This doesn’t mean it was distilled at both distilleries. In fact, you will see the ‘-Glenlivet’ post-fix on the end of a few distillery names on bottles from this era. This was a pretty odd marketing ploy from the early days of modern whisky; Glenlivet was the ‘it brand’ of the time and so some distilleries nearby added the name to the end of theirs to get a boost by association.

It is difficult to imagine Macallan ever needing to piggyback off anyone’s brand. But bottles like this show just how far the whisky industry has come, and just how effective a good marketing plan can be.

There are just 5 drams of this whisky left and we’ve added a 19% off discount for the week, so why not add cask strength Macallan to your list of new things to try in lockdown. 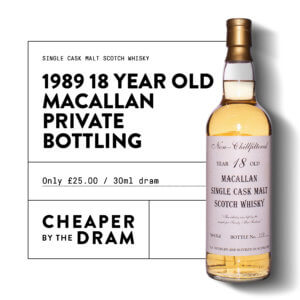 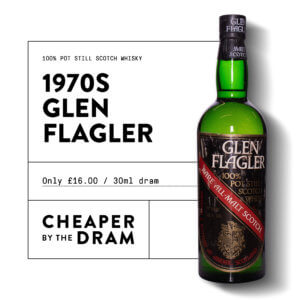