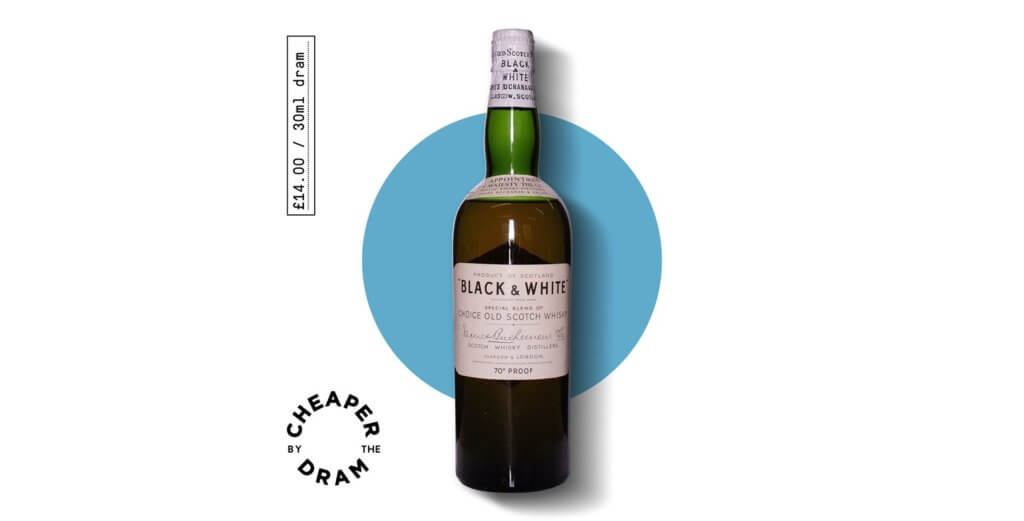 Our dram of the week is a vintage Black & White from the 1950s with a classic spring top closure. 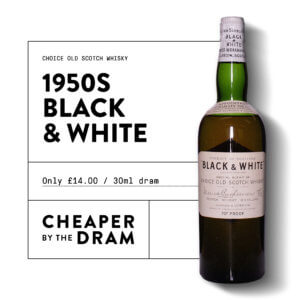 Black & White is one of the icons of the vintage whisky world and indeed is still one of the most popular whiskies in the world today; more than 24 million litres are sold each year.

Black & White whisky started life as ‘Buchanan’s Blend’ after whisky legend James Buchanan decided to introduce blended whisky to the English Market in 1884. It was light, smooth and unpeated and quickly gained the contract to supply the members bar at Parliament’s House of Commons. The name would be changed again to reflect this prestigious contract, but ultimately ‘Buchanan’s House of Commons Finest Old Highland Whisky’ was too much of a mouthful and people just asked for ‘that black and white whisky’ referring to the eye catching bottle design. Black & White and would become the favourite tipple of many; Walt Disney, The Emperor of Japan and James Bond to name but a few. 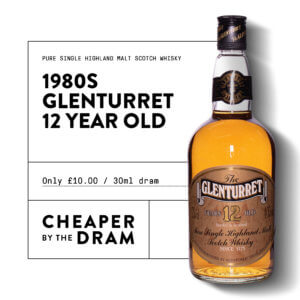